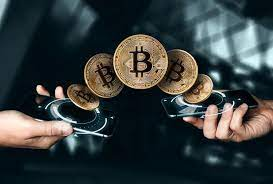 Bitcoin is a term that most of the Adults might have heard over the last few years. “Bitcoin’s price has skyrocketed” or “Bitcoin value is going down”

If you are wondering what a Bitcoin is;

Let me tell you that Bitcoin is a form of Cryptocurrency – A digital form of payment that is produced or you can say mined by a lot of people all around the world. With the help of Crypto Currencies, one can easily do peer-to-peer transactions in just a few seconds at a very low cost or even sometimes for free.

After decades of research into the art of cryptography, Satoshi Nakamoto whose true identity still remains a mystery designed the algorithm of Bitcoin and made it public in the year of 2009. Since then and today, Bitcoin is the most well-known crypto currencies in the world and is currently ranked 1 ahead of the likes of ethereum and Binance coin.

Keep in mind that this type of currency is not backed by a commodity such as gold or silver, in fact, it is traded online which makes them a commodity themselves.

Bitcoin is a product which can be accessed by anyone in the world; however, all you will need is an email address, proper internet connection and good amount of money to get started due to the fact that 1 bitcoin in the current economy is worth around $60k.

To Mine Bitcoin, one should have a distributed computer network of individuals who are running very specialized software. The network then solves a few mathematical proofs and searches for a few data sequence that then produces patterns from which a bitcoin is produced. One thing we can certainly say is that its complex and very time, energy- consuming.

However, one must know that only 21 million bitcoins can ever be mined. This is because the math problems that network computers solve get progressively more difficult than before to keep the mining operations.

Now, a question that many people have previously asked is about how does crypto currency or in specific Bitcoin works?

Well, to make you understand better, let me tell you that the users who own Crypto transfer digital assets that are known as bits to each other on a network. Since there is no online bank, Bitcoin has been described as an internet wide distributed ledger. People from all around the world buy bitcoin with cash or sometimes even sell a product or service for Bitcoin.

With Bitcoin, one can easily do fast transactions as it is transferred instantly over the internet. Unlike credit cards, Bitcoin can be used for free or at a very low fee as there is no middleman or authorizations required. This also improves the profit margin sales.

Since only the bitcoin owner can send payments to the recipient who is the only who can get it, the network does not allow the transactions to be challenged or taken back. This is very advantageous for online merchants who are often victims of credit card processors’ assessments.

You will be happy to know that these benefits are true for all crypto currencies and not just bitcoin. If you are looking forward to learning more about bitcoin then visit our website at https://arya.xyz/en/blog/bitcoin.